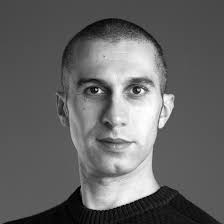 I finished my studies at Polimoda in Florence in 2002, after some experiences as a clothing designer between Paris and New York, I created my streetwear line and used unconventional channels to market it. The passion for new languages and their applications becomes the central element of my profession. In 2013 I realized Gold AR, augmented reality app that won the Auggie Award for “Best Marketing Campaign based on Augmented Reality”. In 2016, together with Elio Germano, I realized NoBorders VR, the first Italian documentary that used virtual reality; winner of the MiBACT Migration Award at the Venice Film Festival. Today with my communication agency we realize VR projects for us and for third parties, at the same time I teach viral marketing and web communication at the IED in Florence.