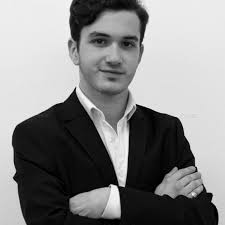 Born in 2000, Luca Andreozzi is a young Florentine and lover of culture and beauty. In 2017 he won the theatrical review competition “Vola a Edinburgh” promoted by the Puccini Theater of Florence, as part of the initiative “Il Teatro? Bella Storia!” promoted by Fondazione CR Firenze, under the patronage of the Florence Municipality. From 2018 he collaborated with the Puccini Theater press office, with the communication office of “Il Teatro? Bella Storia!” and with the Teatro del Maggio Musicale Fiorentino. He interviewed personalities such as Silvio Orlando, Vinicio Marchioni, Francesco Montanari, Lella Costa, Natalino Balasso, Jacopo Fo, Federico Maria Sardelli, Veronica Simeoni, Levante, Roberto Giachetti and Saverio Tommasi. From 2016 he has been studying at the “Atto Due – Laboratorio Nove” in Sesto Fiorentino. Passionate about Jazz, he plays the trumpet.