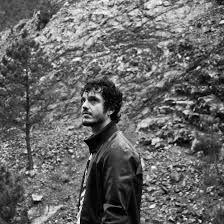 KING OF THE OPERA

King of the Opera is the project of Alberto Mariotti, the natural continuation of his previous artistic experience as Samuel Katarro.
Alberto Mariotti is considered one of the most promising artists of the Italian indipendent music scene. He has released two albums which have been loved by critics and appreciated by a huge audience.
His music is based on the deconstruction of the classic blues form that he mutates with elements from psychedelia, acid rock, songwriting, wrong pop and more. Think Jennifer Gentle produced by Brian Wilson, or Real Estate if Black Heart Procession gave them the beating of their lives.
As the first studio album as King of the Opera is being prepared, Alberto Mariotti’s music, formerly praised by some well-known artists as Patti Smith, Pere Ubu and Julian Cope, has evolved in such a way that is increasingly directed to an international audience.
King of the Opera started composing his weird blues songs in the spring of 2006, without the least intention of being inspired by the devil’s music. He still doesn’t know why his style is so close to this genre because Alberto is a passionate listener of new wave, psychedelic music and similar sounds and is a proud supporter of all that the 80’s have to offer, musically speaking.