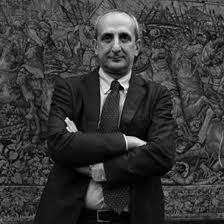 Writer and translator Giorgio Van Straten grew up in a mixed family, where his father was a Jewish Dutch and his mother was from Florence. With “My Name, A Living Memory” he won the prestigious Viareggio Award. He was also the director of the literary magazine “Nuovi Argomenti”, president of the Tuscany Regional Orchestra, superintendent of the Maggio Musicale Fiorentino, president of PalaExpo in Rome (Palazzo delle Esposizioni, Scuderie del Quirinale, Casa del Jazz, Casa del Cinema), director of the Venice Biennale and RAI. He has been living in New York since 2015, where he directs the Institute of Italian Culture.”