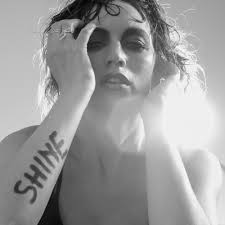 French artist, living and working between Paris, Berlin and Florence, she studied Modern Literature, Art History and Linguistics at the Sorbonne Nouvelle and the University of Lille 3. After training as an actress at the Théâtre National de Chaillot, she works for theater, mainly contemporary writing, often by incorporating music. She participated in various independent musical projects before starting her solo career under the name of Cleo T. She is now developing hybrid and multi-disciplinary projects around a reflection on the artistic gesture as a source of light. In 2013 she released her first album produced by John Parish (legendary producer of PJ Harvey) and performed across Europe, Canada and USA, attending major festivals like SXSW in Texas, The Great Escape in Brighton , Solidays in France or CMJ New York. In 2017, she releases her second record conceived as a contemporary Art-Project, that mixes poetry and dance, video and digital arts . Her multimedia performance ‘SHINE’ starts touring in Eastern Europe, Uk & Italy before hitting Paris this summer. Clemence claims a professional and artistic approach that complement each other to guarantee the independence of creation and the renewal of forms. She founded her company MOONFLOWERS to work on the emergence of new models of support and professional balances for creators . Supported by french institutions as well as Italian or european cultural partners , she develops independent networks across Europe. Confronting thoughts of artists, poets and art theorists with contemporary realities of cultural industry, her work is a permanent questioning of the status of the artist in front of his contemporaries.