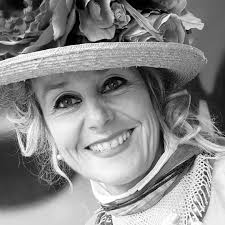 The story of Zia Caterina and her magical Taxi “Milano 25” begins with the death of Stefano, Caterina’s companion, which occurred in August 2001 for lung cancer. He was a taxi driver, she was employed in an office in Prato. Before dying, Stefano told Caterina: “you will be Milan 25”, and so it was. Caterina leaves her job and begins her new journey as a response of love to her personal pain. The open and generous spirit of Caterina soon expands, opens up to the world, spreads so much as to transform Taxi “Milano 25” into an engine of love. Caterina began to provide her services for various voluntary associations in the city of Florence, with her taxi she start making free trips to the hospital for family and children with cancer. His taxi Milan 25 has become over time a project loved by the Florentines, and has growing up to become a non-profit organization. On October 22, 2016 Zia Caterina is received at the Vatican, by private ceremony, by Pope Francis who blesses the two Taxis serving for the Milano 25 project: Luca’s Cab and SuperIvy . In March 2018 the Tuscany Region conferred to Zia Caterina the title of Tuscan Solidarity Ambassador as a recognition of the extraordinary nature of the message of love that she spread untiringly every day, offering a constant and incessant dedication to her “Super Heroes” and their families.